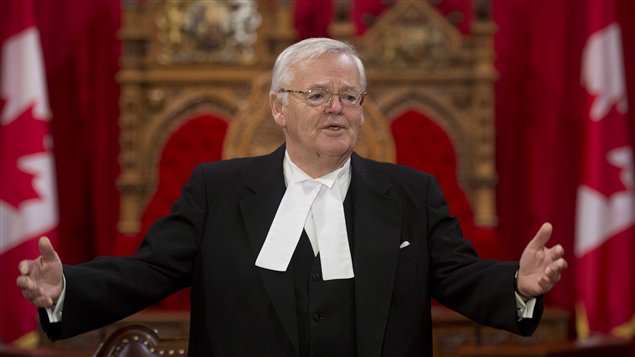 In what many call an unprecedented move, Noel Kinsella, the Speaker of Canada’s upper chamber the Senate, called a press conference in the Senate chamber, and after a short speech, opened the floor to questions from assembled journalists.

Even seasoned Ottawa journalists were awed by being in the Senate, which normally has had less attention then Canada’s elected House of Commons.

But controversy over misuse of spending expenses by some senators, and questions about the involvement of the office of Prime Minister Stephen Harper in one senator’s repayment of expenses, has put a largely negative spotlight on the Senate.

Defenders of the Senate, maintain the chamber of sober second thought still has a role in reviewing the legislation passed by the elected Members of Parliament in the House of Commons.