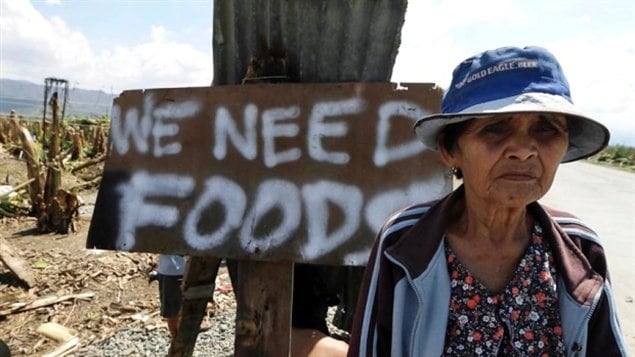 Many Canadians were inspired to donate money to the Philippines after a typhoon hit the area in November, killing over 2,200 people.
Photo Credit: Associated Press

Fewer Canadians are donating money to registered charities and they are giving smaller amounts, according to a study by The Fraser Institute, and independent think-tank. When Canadians make charitable donations they may declare them on their income tax filings and get a tax break. The Fraser used information from tax returns to chart giving habits.

People in the western province of Manitoba were the most generous, donating 0.89 per cent of their combined income in 2011. Those in the province of Quebec were the least, giving 0.30 per cent, less than half the national average of 0.64 per cent.

No reasons were given for the declines.