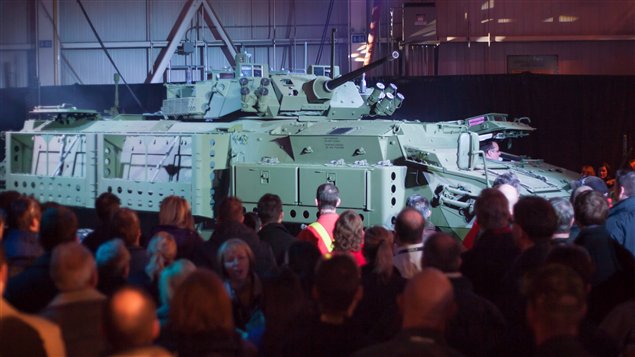 Light armoured vehicle at a news conference at a General Dynamics facility in the Canadian city of London.
Photo Credit: Mark Spowart/CP

Even though Canada’s defence industry makes billions of dollars annually, most Canadians are not aware of the extent of defence exports, and some organizations like Project Ploughshares are concerned by where these exports are going.

The industry gets a lot of government help. And this past weekend a media report suggested Canada is increasingly looking at allowing military exports to developing countries to maintain the Canadian defence industry.