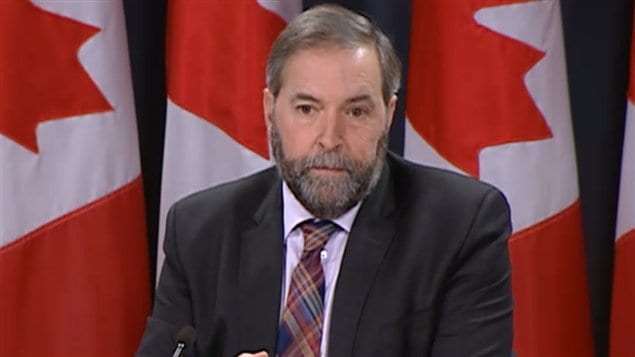 Canada's Official Opposition NDP leader Thomas Mulcair thinks the Canadian government has to get back to inspecting the railway system, and not letting companies regulate themselves.
Photo Credit: CBC

The Canadian government should return to inspecting the safety of railways in Canada, and not leave it to railway companies, Official Opposition NDP leader Thomas Mulcair said on Thursday (January 9) two days after another train derailment in Canada.

The Official Opposition leader told a press conference that successive Liberal and Conservative governments have let companies self-inspect their equipment and railway lines.

His comments come two days after a freight train derailment in the province of New Brunswick, that is still burning, and months after the July derailment of another freight train that smashed into the city of Lac-Megantic in the neighbouring province of Quebec, killing 47 people.