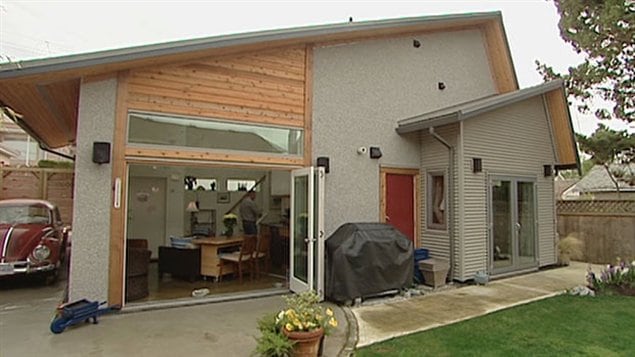 Caption: The average house price in Vancouver is $670,300. It would take 80 per cent of the average median household income to pay the mortgage.
Photo Credit: CBC

Canadians will tell you housing prices are crazy in the west coast city of Vancouver, but now a study ranks them second only to Hong Kong as least affordable.  Demographia’s 10th annual survey ranks housing markets in nine western countries by dividing median house prices by medial gross household income.

Canada’s housing markets in major cities all have a rating of “severely unaffordable,” and the report lists Canadian housing as the most overvalued among 20 OECD nations.

There are places in Canada where housing is more affordable, such as Moncton and Saint John in the eastern province of New Brunswick.

The study also cites a recent report by the Royal Bank of Canada which says detached housing now requires more than 80 per cent of median household income. That is 2 ½ times the 32 per cent recommended for mortgage eligibility.