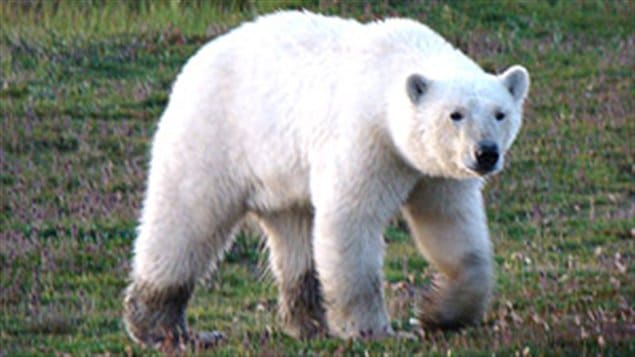 Hudson Bay polar bear. With ice forming later, and melting sooner, the bears are not able to hunt seals on the ice, and are putting pressure on other species on shore as they seek to survive longer periods on land.
Photo Credit: Jon Sweetman

Polar bears and the ripple effect of climate change

For years people have been concerned about the fate of polar bears in the face of climate change.

The bears need the frozen sea in order to hunt seals and survive, but as ice is forming later in the season and melting sooner, some bear populations were becoming threatened.

There are signs however that the polar bears are demonstrating some of their brown bear genes and adapting their diet to the new conditions.

A study by researchers at Carleton University (Ottawa), and Environment Canada, published this week in the journal   “Proceedings of the Royal Society B (biology)”  shows the cascading effect of climate change.

This is especially so, but not limited to, the lower lattitudes such as Hudson Bay where the ice season is up to two months shorter than historical averages, and Baffin Island.

In one instance, Environment Canada researchers saw a single bear on Baffin Island gorge on eggs at a seabird colony with 300 nests, leaving only 24 intact.

The study says that climate change is having an unanticipated indirect effect upon breeding birds.  It says even though there appears to be a substantial percentage of bears changing their feeding habits, its not certain that eating the birds and eggs, plants, etc, is providing the energy needed to replace the traditional ringed seal diet and that it is proof the bears are having difficulty meeting their energy needs.

It concludes that the study highlights the fact that making predictions about the ecological effects of climate change in a rapidly warming Arctic, often have much wider ripple effects which must also be taken into consideration.