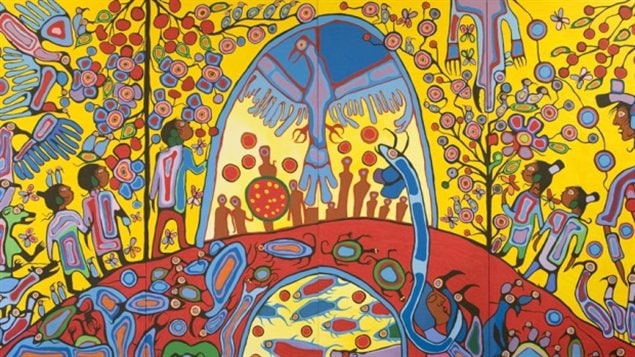 The singer, John McDermott, and keyboard-player for the Barenaked Ladies, Kevin Hearn, are suing Joseph McLeod and the Maslak-McLeod Gallery.  Jonathan Sommer, their laywer said, in an interview with CBC, the paintings likely originated in a fraud ring operating out of Thunder Bay, Ontario.  And he intends to prove it.

Norval Morrisseau was known as the ‘Picasso of the North.  His paintings are on display in galleries across Canada. Born in Northern Ontario in 1932, he died in 2007, when allegations of fake paintings in circulation were already beginning to threaten his legacy.

There have been investigations but so far nothing has been proven.  McLeod’s lawyer, Brian Shiller, defended his client saying, “Those paintings are authentic works of art by Norval Morrisseau and Mr. McLeod stands by his appraisal that they are.”