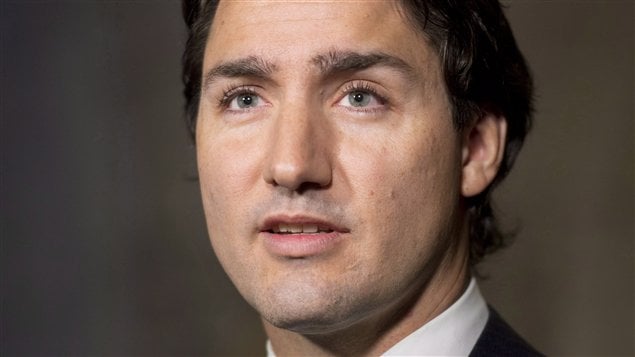 The Toronto Star newspaper is reporting that the ruling Conservative party is planning to disrupt the upcoming Liberal convention and question the leadership capactiy of Liberal leader Justin Trudeau.
Photo Credit: Adrian Wyld

Canada’s ruling Conservative party plans to disrupt an upcoming Liberal opposition convention and discredit its leader Justin Trudeau, according to an article by Toronto Star newspaper journalists Bruce Campion-Smith and Susan Delacourt based on a document obtained by the newspaper. The game plan in the document is summarized in three words: “drive, disrupt, disunity.”

Trudeau, the son of former Prime Minister Pierre Elliott Trudeau, was elected leader of the Liberal opposition in April of 2013. And even though his party is a distant third in terms of MPs in Canada’s House of Commons, his election has raised the party’s popularity. A federal election is expected to be held in 2015.

Both the ruling Conservatives of Prime Minister Stephen Harper (elected in 2006) and the Official Opposition NDP party of Thomas Mulcair have attacked Trudeau for his policy statements and his relative inexperience as a politician.

According to the Toronto Star journalists the document outlines a “carefully orchestrated campaign to disrupt Liberal communications, highlight disunity in the ranks and question his leadership abilities”.

In an email to the Star on Sunday (February 9), Dimitri Soudas, the Executive Director of the Conservative party, did not deny the existence of the strategy note writing: “Canadians will face a clear choice in the next election between Justin Trudeau’s poor judgement, lack of experience and bad plan on the economy and Prime Minister Harper’s strong, stable leadership and low tax plan for jobs and economic growth for Canadian families.”

The Liberal Biennial Convention will be held in the city of Montreal from February 20 to 23.