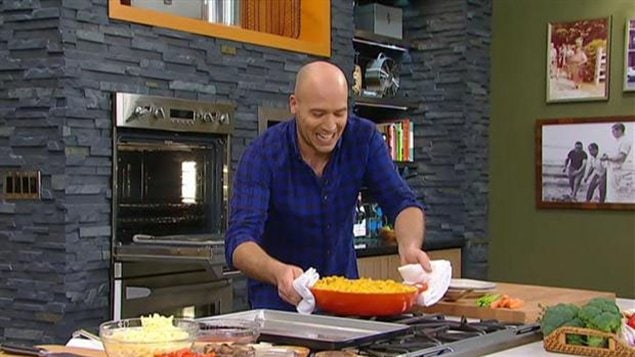 Cooking shows are very popular on TV, but it seems younger Canadians have either less time or less inclination to cook meals from basic ingredients, preferring quicker prepared ingredients and processed foods which are not as healthy
Photo Credit: CBC

A new survey by a major supermarket chain has found that younger people are losing cooking skills.

In February of this year some 1,014 online interviews were conducted for Nova Scotia-based Sobeys supermarket chain. It surveyed Canadians between the ages of 18 and 80 years old, representative of the overall population by age, gender and region.

The national survey also found that part of the declining kitchen skills was due to the fact that a high percentage of Canadians were consuming processed or prepared foods.  Only 18% of respondents prepared at least one meal a day from basic ingredients.

A study conducted in 2012 showed that the majority, over 60 percent, of dietary energy in Canada comes from ultra-processed products. These are known to contain high levels of fat, sugar, sodium and not enough dietary fibre. Regular consumption of these foods  can lead to obesity and chronic diseases.

“The research results are worrisome. We know a lack of confidence in cooking and food skills leads to less time planning and preparing healthy, wholesome meals,” said Cheryl Turnbull-Bruce, Registered Dietitian and Manager of Sobeys’ team of dietitians.