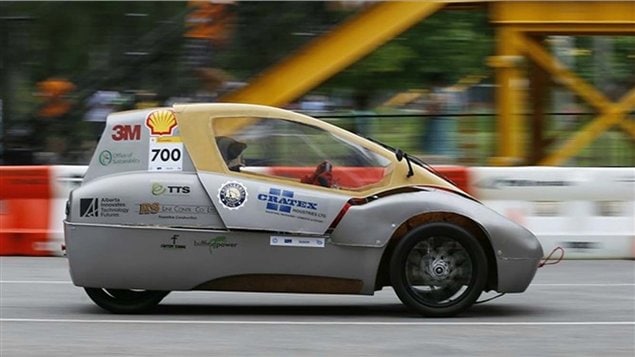 The U of A EcoCar on track to victory in an international competition in Houston
Photo Credit: University of Alberta Eco Team

Imagine a vehicle that can travel 1000 kilometres on the equivalent of one litre of fuel.
That’s the achievement of an engineering team from the University of Alberta.
They won first place in the urban-design, hydrogen cell category at the international competition called the Shell Eco-marathon (Americas).

The Eco-maration Americas event pits students from North and South America in a variety of vehicle categories, all with a view towards developing technology for better energy consumption.

The event involving thousands of high school and university students in over 100 teams was held late last month in Houston Texas. Other Shell eco-marathons are held in Europe and Asia.