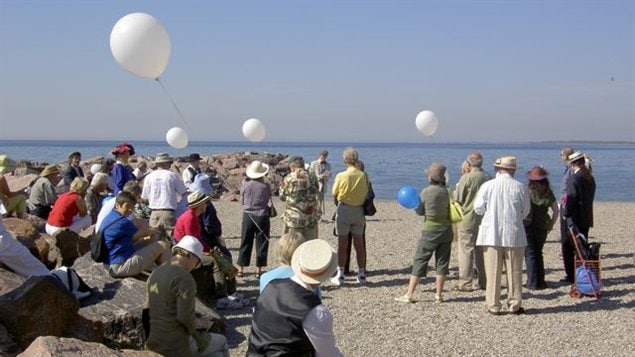 Bloomsday, is described now as an international literary event.  It will be celebrated in more than 60 cities around the world this coming weekend, culminating in the June 16th commemoration of Leopold Bloom’s wandering around Dublin.

It all began in the novel, ‘Ulysses’, written by James Joyce.  Published in Paris in 1922 to disparaging reviews, ‘Ulysses’ is now considered a classic of 20th century English literature and has been translated into every major world language.

In Canada, Montreal and Toronto will be in on the festivities with various events planned in both cities.Toronto has been celebrating the occasion for 29 years now, but it appears Montrealers have really taken the celebration to heart with a growing list of events.

This year’s schedule begins on Thursday with the key-note lecture by Professor Marilyn Reizbaum on “Joyce, Ulysses and the Jews”.  It continues over the weekend with everything from traditional Irish breakfasts, to a pub-quiz, a gala, film and cabaret experiences, and ends in an evening of storytelling.

The original celebration took place in 1954 in Dublin, and included James Joyce’s cousin, dentist Tom Joyce.  Montreal has the distinction this year of also having a Joyce involved.  Christopher Joyce, whose great grand-uncle was the writer himself, is now living in Montreal.  He will be lending his presence to several gatherings, and sharing his story in the closing event.

Carmel Kilkenny spoke with Christopher Joyce to hear how the family connection has influenced him, and what the celebrations hold in store.