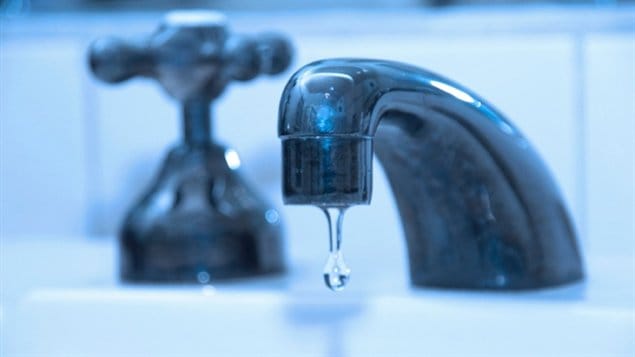 The first global map of cities water resources and usage has been completed by an international team wiich included researchers from Canada's McGill university. It shows some cities are drawing water from resources hundreds of kilometres distant.
Photo Credit: CBC

An international effort has now, for the first time, created a global map of the world’s cities in relation to their use of water resources.

Until now, there has not been a “big picture” global map of where the world’s cities draw their water which is needed for both people and industry.

McGill’s researchers contributed to the study along with a total of nine institutions  which surveyed and mapped the water sources of more than 500 major cities around the world, providing the first global look at the water infrastructure that serves the world’s large cities. The study was led by Rob McDonald, senior scientist with the Nature Conservancy in Arlington, Virginia, USA

The report called, “Water on an urban planet: Urbanization and the reach of urban water infrastructure “  was published this week in the online journal Global Environmental Change

The mapping shows some surprising facts such as that all major cities together occupy only about 1 percent of the earth’s land surface, but draw water from sources stretching across 41 percent of the land.

Every day, cities move over 500 billion litres of water, and this over a combined distance of 27,000 kilometres.

The new detailed analysis shows that there are actually somewhat fewer major cities classes as “water stressed” than previously thought.

Although not included in this particular study, this similar map shows cities sources of water and whether they are classed as “water stressed” ( B Lehner) CLICK to enlarge

Former estimates were based on water availability in the watershed where the city was located, but many cities draw heavily on watersheds well beyond their boundaries. In fact, the 20 largest inter-basin transfers in 2010 totaled over 42 billion litres of water per day, enough water to fill 16,800 Olympic-size pools.

“Water stressed” means a city uses 40% or more of the water available to it.  Usage was based on computer models of population numbers and types of industry.

The study finds that the 10 largest cities under water stress are Tokyo, Delhi, Mexico City, Shanghai, Beijing, Kolkata, Karachi, Los Angeles, Rio de Janeiro and Moscow. (Neither of the two Canadian cities analyzed — Toronto and Montreal — was water-stressed, according to the definition used in the study.)

Professor Lehner says previously, water supply issues for cities were done generally only on a municipal level.  He notes that as cities grow, many will increasingly draw water from other more distant areas which in turn has an affect on those neighbouring watersheds and could easily have an affect on other cities dependent on those watershed, and potentially the ecosystems of those systems themselves as they remove water from that system and displace it to their system.

He says this new map will help in beginning the increasingly important need for national and international discussions on water supply and usage.  This could become critical for some cities as climate change begins to affect water supplies to the world’s cities.