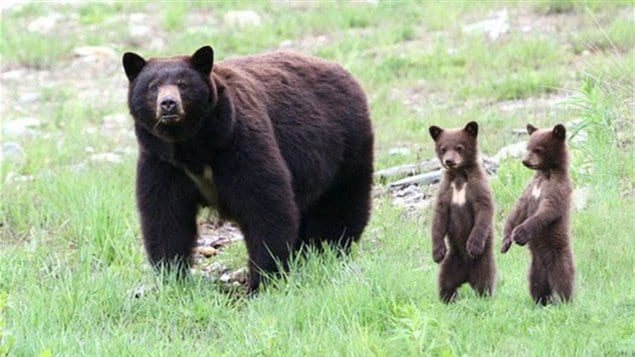 Multiple births, twins and triplets are more common this year, as life has been good for Canada's black bears
Photo Credit: CBC

Black bears are living well in Canada.  Food is in abundance and there is little stress.  As a result birth rates have risen, including twins and triplets.

But the downside is the increased contact with people, some of it deadly.

In an interview with CBC, biologist Bob Bancroft explained: “It’s a phenomenon that occurs with animals like deer and mammals like bear. When times are really good, they have more babies,” he said.

Traffic accidents with bears are rare, and both drivers were not injured in their encounters.  One of the bears walked away seemingly unharmed; it’s not known how the other bear fared.

Black bears are timid creatures and will generally back away from contact with humans. But this year could be different. Drivers and visitors to Canada are now forewarned.