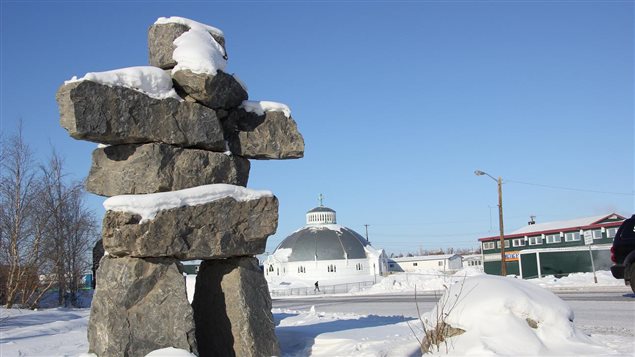 The Inuit Circumpolar Council (ICC) general assembly wrapped up in Canada last week with the naming of a new Chair and a declaration calling for better cooperation among Inuit in everything from health and environment to business.

The general assembly is held every four years with participants from all of ICC’s regional offices: ICC-Greenland, ICC-Canada and ICC-Alaska and ICC-Chukotka (Russia), to determine their priorities over the next four years.

This year, the meeting was held in the Arctic town of Inuvik in Canada’s Northwest Territories.

At the end of the assembly on July 24, Chairmanship of the organization passed from Greenland’s Aqqaluk Lynge to Canada’s  Okalik Eegeesiak.

Eegeesiak is the former president of the Qikiqtani Inuit Association, a regional Inuit association in Canada’s eastern Arctic territory of Nunavut.

At the end of the assembly, the ICC issued the  Kitigaaryuit Declaration, setting out its priorities for the next four years.

It stressed the need for Inuit from across the North to be present at all levels of discussion on issues like resource development and environment.

Sara Olsvig, a Greenlandic politician and Chairperson of Arctic Parliamentarians said that while even non-Arctic states had made important contributions forums like the Arctic Council, decision making had to remain in the North.

A 2010 Eye on the Arctic interview with former ICC-Chair Aqqaluk Lynge on language:

Canada’s environment minister and minister for the Arctic Council  Leona Aglukkaq, herself an Inuk from Canada’s eastern Arctic territory of Nunavut, gave the keynote address on  Monday, July 21st.

In it, she also took a swipe at environmental groups and the negative effects their campaigns have had on indigenous Arctic communities.  She singled out Greenpeace and its role in advocating for the end to the seal hunt.

Aglukkaq called it “A perfect illustration of why it is so important for Inuit to stand up for their way of life.”

“Other people who are not our friends will try to use Inuit as weapons in their own battles,” she said.

The next ICC General Assembly will take place in 2018 in Barrow, Alaska.

Related items from around the North:

Iceland:  Many questions, but few answers as Arctic conference gets underway in Iceland, Alaska Dispatch