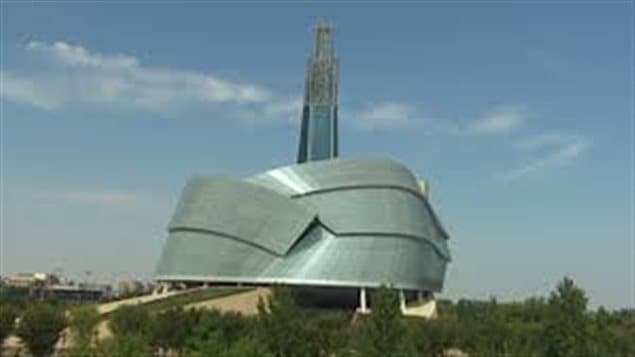 It appears the Museum of Human Rights will open next month in Winnipeg without the participation of the Metis in Manitoba.
Photo Credit: CBC

An organization that represents Metis people has voted to boycott the new Canadian Museum of Human Rights, scheduled to open in September in Winnipeg.

The president of the Manitoba Metis Federation, David Chartrand, is charging the museum with censorship after officials rejected the participation of Metis musician Ray St. Germain at opening ceremonies.

Mr. Chartrand says Mr. St. Germain, who is 74, was rejected because museum officials told him they wanted a younger person.

Mr. Chartrand says the federation is insulted by the decision and has voted to boycott the museum.

A museum spokesperson, Rhea Yates, says the museum asked the federation for suggestions but must ensure the opening ceremonies reflect all of Canada.

Ms. Yates says the museum has the highest regard for Mr. St. Germain and regrets any offence it may have caused.

Mr. St. Germain, who says he is “flabbergasted” by the decision, is a recipient of the Order of Manitoba and once played on the same bill as country singer Johnny Cash.

He says he was contacted by the museum but told them to talk to the Metis federation.

Metis are persons of mixed blood, the offspring of an American Indian and a person of European ancestry.