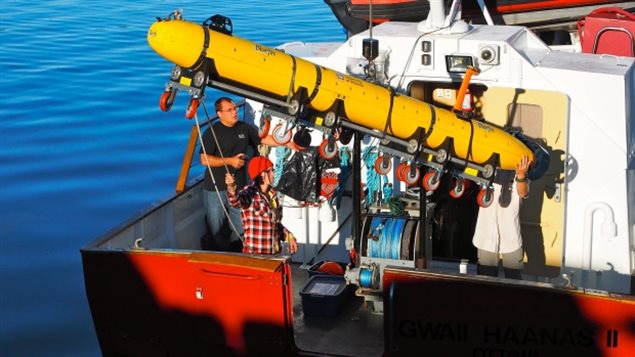 Researchers scouring the water off Canada’s northern Pacific coast may have found the earliest evidence of human habitation in the country.  Experts from the University of Victoria and the government department responsible for national parks used an unmanned underwater vehicle to search the waters around the Haida Gwaii islands.

Under hundreds of meters of water they think they see remains of a stone weir—a channel built to catch fish.  Anthropologist Quentin Mackie thinks it could date back 13,800 years to when a current archipelago was one big island that extended almost to the mainland.

The pictures will be studied by a geologist to try to determine whether the rocks are just a natural formation.