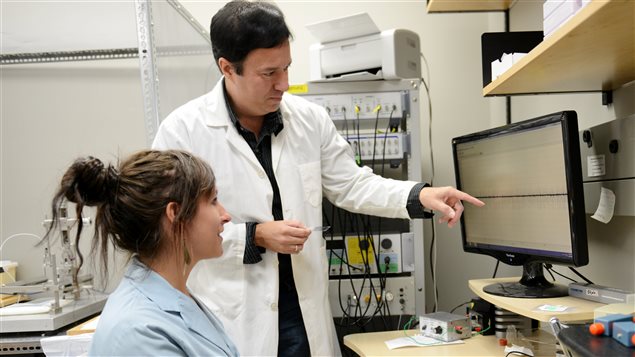 Study reveals highs and lows of marijuana use

Canadian research has revealed clues about why low doses of marijuana can cause paranoia and why higher doses that mimic long-term exposure can lead to apathy and emotionally-blunted or depressive behaviour.

Using rat models, Steven Laviolette and other researchers at Western University in the province of Ontario injected marijuana-like drugs into the prefrontal cortex of the brain. Those given a low dose showed increased fear memory, a response comparable to paranoia in humans.

Those that got the high dose showed a lack of response to fear stimulus and showed emotionally-blunted or depressive behaviour.

Results illuminate how pot works on the brain

“The study really pinpoints the pre-frontal cortex as a critical brain region for controlling marijuana-induced disturbances in emotional processing,” says Laviolette. “And this happens through direct modulation of the brain’s dopamine system.”

The team found that if rats were treated with an antipsychotic medication they did not have the same behaviours associated with both the high and the low doses. This could eventually translate into ways to prevent unwanted side-effects in the growing number of people who take marijuana for medicinal purposes. It could also help determine what doses people should take.

‘The dose is critical’

“The dose is really what’s critical here,” says Laviolette. “You want to find a critical dose that isn’t going to lead to a hyper-emotional response or higher, longer-term exposure may lead to a blunting of the emotional responsiveness and lead to potentially…depressive like symptoms.”

Marijuana is currently used by some individuals for medical purposes such as treating symptoms of multiple sclerosis or nausea from chemotherapy. In Canada it is grown by individuals, not necessarily scientists, so its composition varies greatly. These results bolster the case for a more scientific production of the active ingredients in marijuana so that it can be more precisely administered.