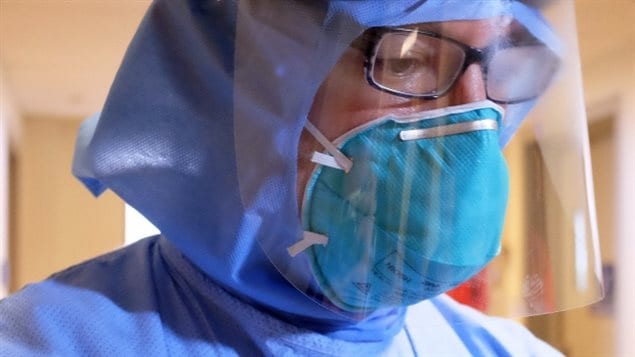 Canada had big stockpiles of protective medical equipment which were being auctioned off for a fraction of their cost.
Photo Credit: John Rieti/CBC

The Canadian government auctioned off stocks of protective masks and gowns to the public, even after the World Health Organization requested such equipment to help control west Africa’s Ebola outbreak, reports the Globe and Mail newspaper. Some of the equipment was bought by entrepreneurs who tried to sell it at a profit.

The Globe says an estimated $1.5-million worth of stockpiled medical supplies were auctioned for just a fraction of what they were worth. The government moved to halt the auctions on September 4 after the WHO requested help, but it took some time before the message got through to all agencies.

On September 9, the government announced it would donate over $2.5 million worth of protective gear to the WHO to help in the battle against Ebola. However, the Globe questions whether the equipment is worth the stated price, noting that a quantity of gear estimated to be worth the same amount was auctioned for just over $30,000 earlier.