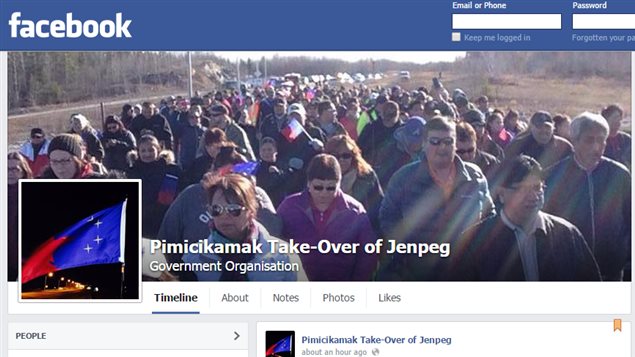 An eviction notice and an occupation of an electric generating station in the Canadian province of Manitoba by the Indigenous Pimicikamak Cree Nation of Cross Lake led to high level meetings with the electric utility and a government minister.
Photo Credit: Pimicikamak Take-Overof Jenpeg Facebook Page

After an eviction notice sent to Manitoba Hydro, the western Canadian province’s electrical energy utility was ignored, the Indigenous Pimicikamak Cree Nation of Cross Lake occupied the generating station on their traditional lands, and ended up meeting with representatives of the utility and the provincial government on Friday (October 17).

A small group had been occupying the land around the Jenpeg Generating Station since late September, but last week hundreds of people joined the occupation.

Manitoba Hydro personnel were allowed to leave the facility, and late Friday afternoon the utility’s President & CEO, Scott Thomson along with Stan Struthers, the Minister responsible for Manitoba Hydro met with Indigenous leaders.

The main issue is years of flooding by the generating station.

“This is our home; we will not let it be trampled,” said Chief Cathy Merrick in a statement released Friday announcing the take-over of the Jenpeg Dam. “This dam has been great for the south but for us it is a man-made catastrophe. Hydro needs to clean up the mess it has created in our homeland. Hydro needs to treat us fairly.”