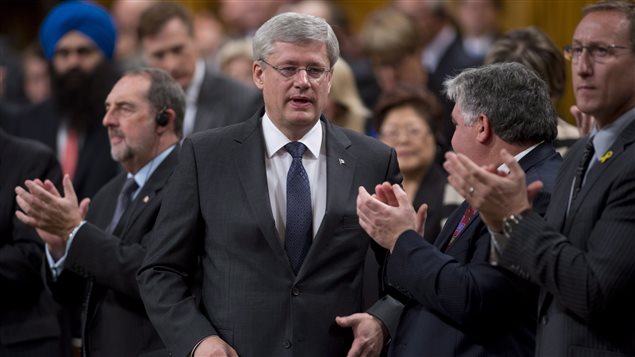 On that day, ceremonies across the country honour Canada’s war dead. They have taken on a greater importance this year because of the recent murders of two Canadian soldiers inside the country. A gunman shot one soldier in front of the National War Memorial, stormed Parliament and then was shot dead.

Relations between the two countries were strained after Canada accused China of hacking into a government computer network in late July. Less than a week later, a Canadian couple was detained for allegedly stealing defence and military research secrets.  Kevin and Julia Garratt have not been formally arrested or charged, but are still being detained separately and interrogated regularly. They have been denied access to legal counsel.

In September, Canada ratified a foreign investment protection agreement with China that could help smooth tensions between the two countries.