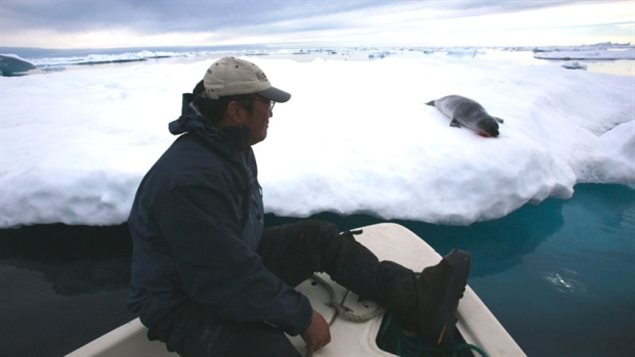 Hunting seals has always been an important food source for Canada's Inuit people. For both the Inuit and along parts of the Gulf of St Lawrence and the eastern coastal areas of Canada, products made from seal were an important source of additional income, which has been diminished greatly be anti-sealing campaigns
Photo Credit: ((CBC))

A Canadian Senator wants to promote Inuit, and other community seal hunting here in Canada, in light of the ongoing difficulties caused by a European Union ban on seal products, and general public misconceptions about the seal hunt in this country.

The Honourable Celine Hervieux-Payette is the member of the Canadian Senate who is proposing the idea in Bill S-224, “An Act respecting National Seal and Seafood Products Day”

The day is deliberately proposed for May 20, the day that marks the end of the seal hunting season in Canada which runs from mid-March to mid-May. But it is also the day that the European Union celebrates its “Maritime Day”.

“In a difficult economic climate in which the legitimacy of the seal harvest has been opposed by lobbies who succeeded in getting the European Union to boycott Canadian seal products and delaying the opening of the Chinese market for these products, National Seal and Seafood Products Day would be evidence of the Parliament of Canada’s unwavering support for this activity and for people who make their living harvesting marine resources.  National Seal and Seafood Products Day will be an opportunity to celebrate our coastal communities, to pay tribute to their hard work and draw the attention of Canadians to quality “Made in Canada” products”

The Senator points out that seal hunting for food and for the manufacturing and selling of products such as seal fur clothing, is a heritage tradition. It is also a very important source of additional income for Inuit in the Arctic and elsewhere in other coastal areas of Canada, notably in Quebec and the maritime provinces, especially Newfoundland and Labrador.