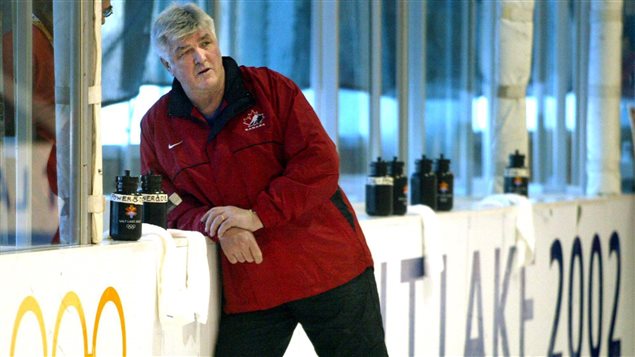 Pat Quinn, a former player in the National Hockey League (NHL), head coach and general manager, has died at the age of 71.

“We are deeply saddened by the passing of Pat Quinn”, said Jim Gregory, vice-chairman of the Hockey Hall of Fame, in a statement. “Pat is one of hockey’s most respected individuals whose lifetime involvement as a player, coach and executive has made an indelible mark on the game,

Quinn died on Sunday (November 23) after a long illness.

The National Post newspaper wrote on Monday: “On the ice, behind the bench and behind his desk, Pat Quinn was an imposing figure. “‘The Big Irishman’ is a guy that loves the game so much that when he walks in, you know hockey’s in the room,” longtime broadcaster and executive John Davidson said.”

Quinn was born in the city of Hamilton in the province of Ontario. He played parts of nine seasons as a defenceman in the NHL.He was head coach for 20 seasons with five different NHL teams.

Quinn was the head coach of the Canadian men’s team that won the Olympic title in 2002 in Salt Lake City, ending a 50-year gold-medal drought. He also guided Team Canada to the world junior championship in 2009.

At his death he was chairman of The Hockey Hall of Fame and part-owner of the Vancouver Giants of the Western Hockey League.