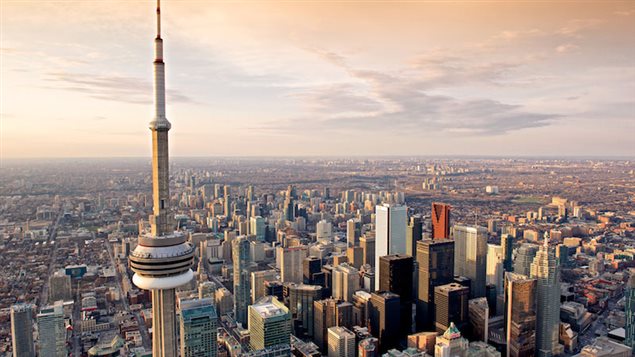 Toronto's CN Tower and the Financial District, where CEOs are seeing their compensation soar, compared to other Canadians.
Photo Credit: CBC/roamingfocus.ca / Mike Palmer

Chief executive officers of top Canadian businesses are on a financial roll, making an average of 25 per cent more than they did in 2008.

By comparison, a Canadian Centre for Policy Alternatives study found that over the same period an average Canadian’s salary increased by 12 per cent.

The author of the study, Hugh MacKenzie, says the figures point to growing income inequality in Canada.

The study found that the 100 highest-paid chief executives in Canada averaged $9.2 million in 2013. That’s the highest since 2007, the year before the recession when CEO compensation peaked at an average of $10 million.

The study found that the average Canadian’s 12 per cent increase in annual salary came to about $47,000 a year.

Gerald Schwartz of the private equity company Onex earned the most of any of the CEO’s in 2013: $87.9 million in salary, options and bonuses.

The Centre for crunched numbers the of 240 Canadian corporations publicly listed on the Toronto Stock Exchange. The calculations include salaries as well as earnings from bonuses, share grants and stock options.