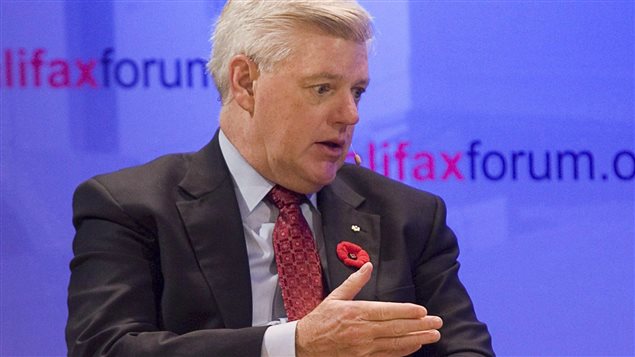 Last December, John Manley, president of the Council of Chief Executives, told the Financial Post Canada's anti-corruption laws needed "to be given some serious thought" that companies “are now realizing this could be bigger than it first seemed.”
Photo Credit: Andrew Vaughan/CP

The Canadian government “is quietly preparing to amend its tough anti-corruption regime as it grapples with the possible loss of a number of key suppliers,” according to an article in the Globe and Mail newspaper by journalist Brian McKenna.

According to McKenna, companies “including Siemens AG and Hewlett-Packard Inc., could be banned from selling to the government for up to 10 years because of crimes they committed overseas.”

“The government is working on next steps, but I wouldn’t say there is a plan that’s already decided on,” said Ms. Irwin.

Back in December the Financial Post newspaper reported that Canada’s corporate sector was worried anti-corruption rules had gone too far.

“This really needs to be given some serious thought,” John Manley, president of the Council of Chief Executives, told the Financial Post. He said companies “are now realizing this could be bigger than it first seemed.”