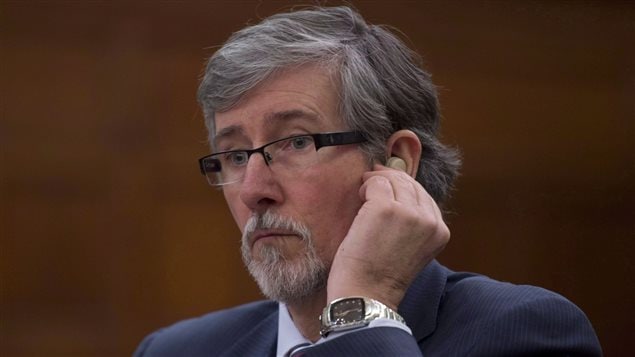 Privacy Commissioner Daniel says the scope of the Conservative government's anti-terrorism bill is excessive and that it puts the personal information of Canadians at risk.
Photo Credit: Adrian Wyld/Canadian Press/file photo

Canada’s privacy watchdog says the government’s proposed law to counter terrorism is “clearly excessive” and puts Canadians’ personal information at risk. Daniel Therrien was speaking before the House of Commons public safety committee which is taking testimony on Bill C-51.

The bill would give 17 government agencies and departments the ability to receive information about persons of interest. Therrien says 14 of them have no dedicated oversight and the bill sets no clear limits on how long the information would be kept.

Four former prime ministers and some former heads of Canada’s Supreme Court have also raised concerns about a lack of oversight, but they will not be heard in this committee.

Two professors, the Canadian Civil Liberties Association and other rights groups have questioned this and the wisdom of allowing security agents to get warrants from judges that would allow them to override people’s constitutional rights as set out in the Canadian Charter of Rights and Freedoms.

Groups and opposition parties have also expressed concern that the committee hearings are much too short for a complex bill with profound implications.