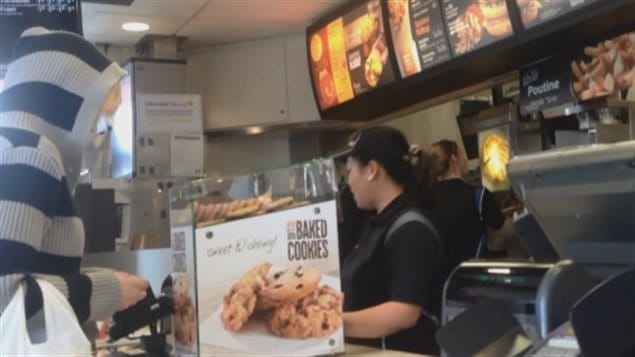 The number of foreign temporary workers has tripled in Canada between 2002 and 2012, according to a new report from Canada's Parliamentary Budget Officer released Thursday, March 12, 2015.
Photo Credit: CBC

Number of temporary foreign workers has tripled since 2002, but still low percentage of Canadian labour force

Between 2002 and 2012, the number of temporary foreign workers has tripled in Canada, according to a new report from the Parliamentary Budget Office, tasked to give independent analysis to Parliament. However, the office was not able to do achieve it’s original goal “a quantifiable need for foreign workers in low-skilled occupations arising from labour shortages” because of lack of data.

The report “Temporary Foreign Workers in Canada: A look at regions and occupational skill” found “a significant number of foreign workers in lower-skilled occupations work in the agriculture sector, in restaurants or as babysitters, nannies and parents’ helpers.”

Because of “lack of disaggregated data on labour demand and labour supply at the regional and local level” the Office concluded it was unable to answer the question: Do employers really need to hire foreign workers for low-skilled jobs, or are there Canadians available to fill those jobs?

Legislation in the 1970s was introduced in Canada to facilitate the use of temporary foreign workers, with the focus on skilled workers, who were needed for particular sectors of the Canadian economy. In 2002, legislation expanded to include lower-skilled occupations.