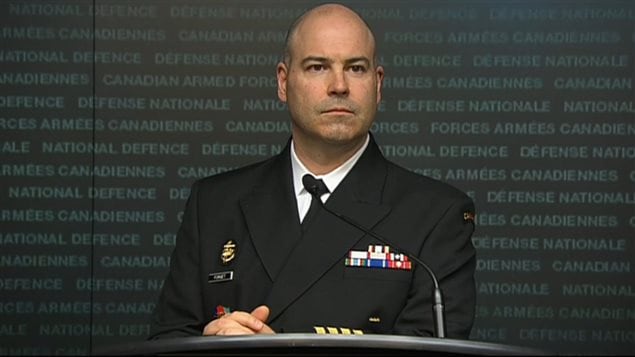 Canada's Armed Forces are ready for whatever decision the Canadian government will take next week on its military role in Iraq, Captain Paul Forget told a press conference on Friday, March 20, 2015.
Photo Credit: CBC

The military is ready for whatever decision the Canadian government makes next week on the Canadian Armed Forces Operation IMPACT in Iraq, said spokesperson Captain Paul Forget at a press conference on Friday (March 20).

The Canadian mission involves air strikes in support of the Iraqi army and a group of about 69 special forces personnel helping in training Iraqi military personnel.