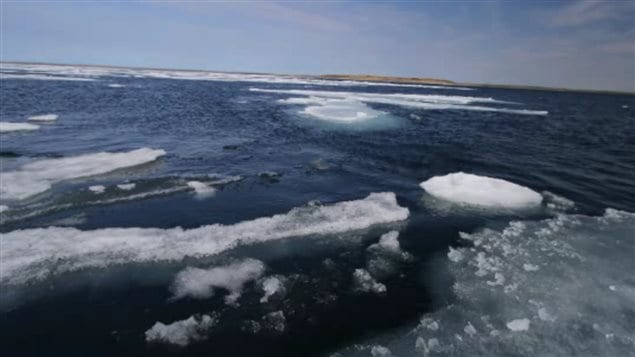 NOAA reported that the Arctic sea-ice reached its maximum on February 25th, more that two weeks earlier than usual and noted that it was the lowest extent since satellite recording began, millions of square kilometres below the 1981-2010 evarage
Photo Credit: CBC

The Colorado-based National Snow and Ice Data Centre has just released its assessment of the Arctic ice extent for this winter.

The NSIDC’s  earlier predictions have held true and they say the greatest sea-ice extent this season was on February 25th which also signalled the beginning of the melting season, over two weeks earlier than the 1981-2010 average.

In their data released today, they say the ice extent was a record low; the lowest since satellite recording began some 34 years ago.

The news of this record low prompted Greenpeace Canada to call for urgent action on climate change, with an additional warning of the dangers of Arctic oil exploration. Arctic campaign spokesman Farrah Khan  said  “Offshore oil drilling will only aggravate the already fragile Arctic environment and lead to inevitable oil spills that could destroy Arctic coastlines while at the same time expediting climate change.