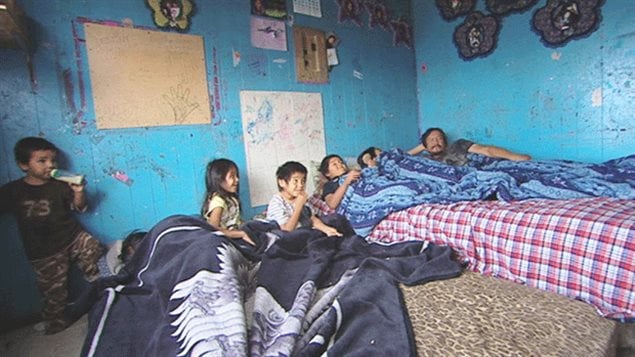 An aboriginal family at home in northwestern Ontario in 2011. They and others living in remote communities were found to not necessarily have the access to health services that they should.
Photo Credit: Coleen Rajotte/CBC

Aboriginal people who live in remote regions of central Canada are not guaranteed the access to health services they are supposed to get, says the auditor-general of Canada.

Based on law, the Canadian government supports First Nations by providing funding for the delivery of health services in remote communities. The funding supports 85 health facilities, led by 400 nurses providing services to about 95,000 people.

Auditor-General Michael Ferguson found that the government does not have reasonable assurance that eligible individual in the provinces of Manitoba and Ontario has access to clinical and client care services and medical transportation benefits.

Among the problems, only one of 45 nurses sampled had finished all five mandatory training courses and one nursing station residence was unusable for more than two years because of a broken septic system. This prompted medical specialists to cancel visits.

“The report confirms what we’ve always said — that in my view the report is a strong indictment on Canada’s continued failure to provide a health-care system that is equitable, that is accessible,” said Nishnawbe Aski Nation Deputy Grand Chief Alvin Fiddler to the public broadcaster, CBC.