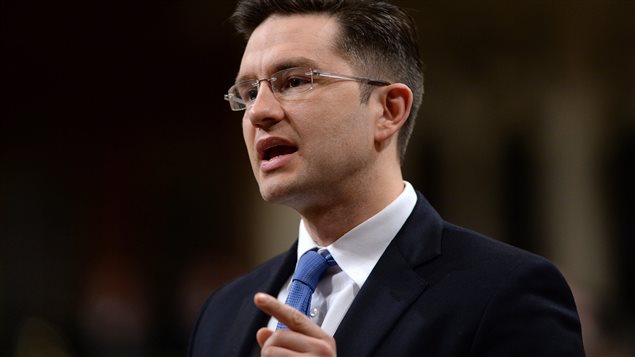 An increased limit for Tax-Free Savings Accounts is not only for the wealthy insisted Canada's Minister of Employment in the House of Commons Question Period on Monday, April 27, 2015.
Photo Credit: Sean Kilpatrick/CP

Canada’s Parliamentary Budget Office says the increased limits for Tax-Free Savings Accounts (TFSAs) from $5,000 to $10,000, announced in the April federal budget, will not unduly put Canada into debt, because few people will be able to put that much money into the accounts, according to a new report released Monday (April 27).

The Parliamentary Budget Officer (PBO) provides independent analysis on the state of the nation’s finances, the government’s estimates and trends in the Canadian economy.

Meanwhile in the House of Commons, the government continued to insist its financial measures were not just for wealthy. In the Question Period on Monday, Official Opposition NDP party MP Nathan Cullen said: “Canadians will be paying for the Conservative handouts to the wealthy for generations to come. Adding insult to injury, the Conservatives will actually spend $13.5 million of our money for ads on their bad ideas.”

Answering for the government, Pierre Poilievre, the Minister of Employment and Social Development and Minister for Democratic Reform, responded:

Mr. Speaker, the New Democrats think that people who earn less than $60,000 a year are wealthy. That is what they are suggesting.

The people who will benefit from the increased contribution limit of the tax-free savings account are those who have already maxed it out. Two-thirds of them earn less than $60,000 a year. Maybe they had a small inheritance from a deceased family member. Maybe they are required to take the money out of their RRSP or RRIF and are therefore looking for a place to shelter it from the hands of government.

The only way they will be able to do that is by re-electing a Conservative government. The NDP would tax that money away.