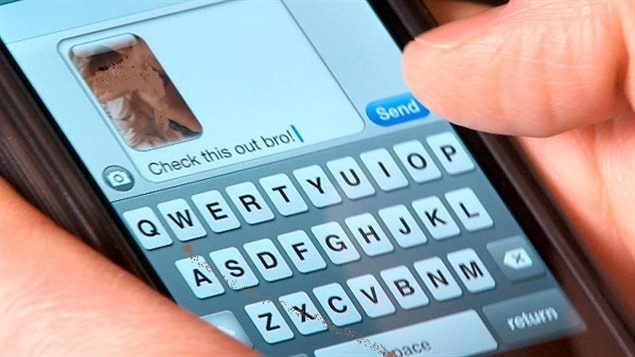 Canada's new law to counter cyberbulling and online distribution of intimate photos now applies not only to those under 18, but to all ages in Canada.
Photo Credit: CBC- Doc Zone

A new law has come into effect in Canada which amends the Criminal Code, the Canada Evidence Act, the Competition Act, and the Mutual Legal Assistance in Criminal Matters Act.

Bill C-13, known more commonly as the cyberbullying act, was promoted mostly as a protection of children and minors (under 18) from online bullying from peers, sexting intimate photos of minors, and sexual predation. It’s called the Protecting Canadians from Online Crime act.

New law applies to people of all ages.

A lesser known aspect of the law is that it now applies to people of all ages and the unauthorized distribution of “intimate” photos.

It defines an intimate image as being one in which the subject is nude, partially nude, or engaged in explicit sexual activity.

The Canadian Deparment of Justice website notes that, “Young people are increasingly consensually exchanging intimate images, which may later become fodder for humiliating cyberbullying attacks, with these images spreading quickly and often uncontrollably. Often these images are originally intended for an individual or only a small number of other people but are disseminated more widely than the originator consented to or anticipated. The effect of this distribution is a violation of the depicted person’s privacy in relation to images, the distribution of which is likely to be embarrassing, humiliating, harassing, and degrading or to otherwise harm that person.”

However what many don’t realize about is that while the previous laws were to protect children under 18 years of age, the new law applies to both children and adults of any age. Often adult couples will take intimate photos or videos for their own use, but when the relationship breaks down, one may distribute the images to others in an effort to humiliate or degrade the other person.

Legal advocate Kevini O’Shea, is executive director of the Public Legal Information Association of Newfoundland and Labrador told the CBC programme Here and Now that, “The other part of that definition is that at the time the photo or video was taken, there was some circumstances that led to a reasonable expectation of privacy, at least in the mind of the person in the photo or video.”  He adds that the law applies to wider distribution of the images without the consent of the person in the images.

Depending on the nature of the crime, an indictable offence (serious) could result in a prison term of up to five years, while a summary conviction (less serious) can result in up to 6-months in jail and up to $5,000 in fines.

England Wales and US similar laws

Section 162 of Criminal Code of Canada

(a) of an indictable offence and liable to imprisonment for a term of not more than five years; or

(b) of an offence punishable on summary conviction.

(2) In this section, intimate image means a visual recording of a person made by any means including a photographic, film or video recording,

(b) in respect of which, at the time of the recording, there were circumstances that gave rise to a reasonable expectation of privacy; and

(c) in respect of which the person depicted retains a reasonable expectation of privacy at the time the offence is committed.