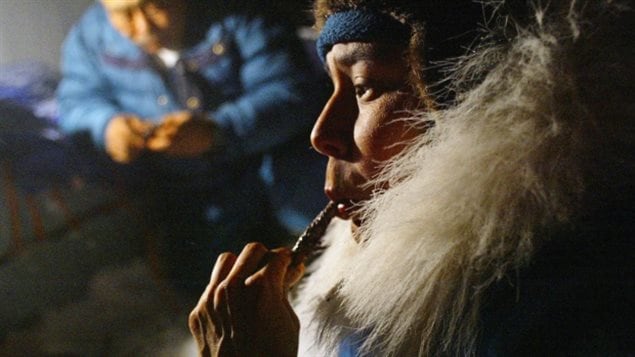 Seal meat some of the ‘country food’ that is traditionally eaten by Inuit and other northern aboriginal peoples.
Photo Credit: Canadian Press

Aboriginals in need get some traditional food

Indigenous people using drop-in centres and soup kitchens in Montreal will get seal meat once a month—a special treat that will remind many of them of home.

Aboriginal people from the north and other remote communities come to cities for various reasons. Among them, they may need medical care or other services not available in their communities, they may be looking for opportunities, or some may flee difficult or abusive situations. Adjusting to city life can be difficult and some non-profit organizations offer help.

Chez Doris is a women’s day shelter that has many Inuit from the north and other aboriginal women among its clientele. As part of its daily meal service, it offers an aboriginal meal every Friday which may include caribou, buffalo or venison and it will soon provide seal meat once a month.

‘A way of helping and reaching out’

Five Montreal soup kitchens and drop-in centres offer what is called “country food” thanks to grants from Makivik Corporation, the legal representative of Inuit people in the province of Quebec, and the Canadian National Railway Company.

Chez Doris’ director Marina Boulos told CBC news “You will see a large proportion of Inuit people who are homeless and I think this is one way of helping and reaching out to them.”