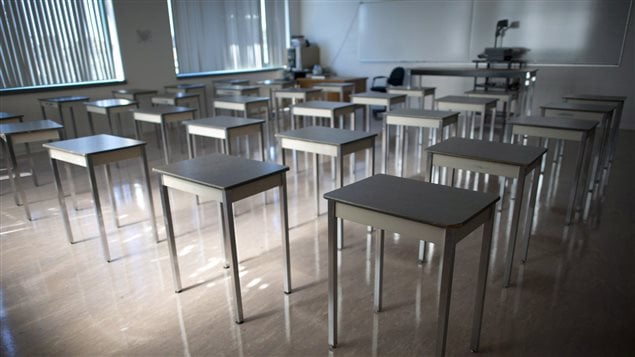 It hasn't come to this yet, but more students are skipping class for homeschooling.
Photo Credit: Canadian Press photo / JONATHAN HAYWARD

Number of Canadian children schooled at home is growing

Fewer Canadian children are facing the challenges of those dreary, pre-dawn winter school bus rides rides, the emotional ravages of dealing with peer pressure in the cafeteria and maintaining their concentration when fellow students act out in class

A new report by a West Coast think tank, the Fraser Institute, says a growing number of Canadian students are now being taught at home.

For many years, families who chose to homeschool their children did so for religious or ideological reasons.

These include an aversion to time-consuming extra-curricular activities, children facing health or learning disabilities and families living in remote locations or travelling extensively.

Apparently, home schooling also pays off when it comes to actual learning.

According to the study, research in both Canada and the United States has consistently found that home-schooled children score in the higher percentiles on standardized tests in reading, writing and mathematics than do children children in public schools.