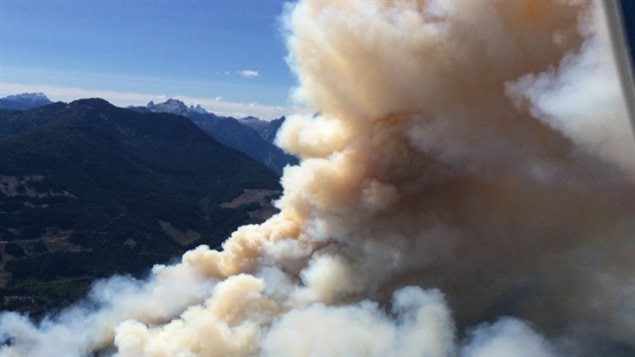 Wildfire officials have restricted access to the area surrounding a huge fire north of Harrison Hot Springs, in the western province of British Columbia. But that hasn’t stopped people coming to look at it.
Photo Credit: B.C. Wildfire Branch

People on all-terrain vehicles or dirt bikes are interfering with efforts to control wildfires east of the western city of Vancouver, says Jordan Turner of the province of British Columbia’s Wildfire Service.

It’s common for traffic to get congested on highways in Canada as people slow down to take a look at accidents, but now people are travelling to a restricted area to gawk at a 13-square kilometer fire burning north of Harrison Hot Springs. Fire crews have had to escort several groups of riders away from the area. This puts both rubberneckers and fire crews in danger, says Turner.

This fire is about 40 per cent contained and is in an area popular with campers and hikers.