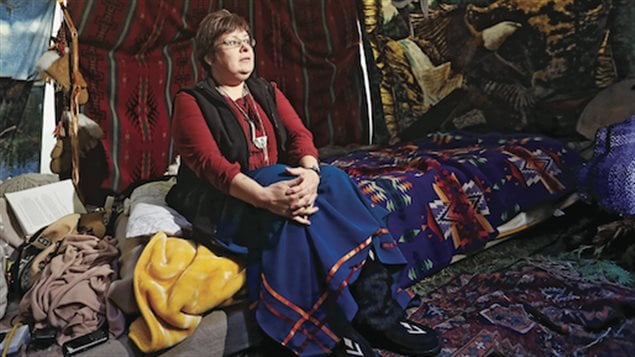 Chief Theresa Spence drew international attention during her hunger-strike over the Christmas holidays in December 2012. Now she is running for Deputy Grand Chief of the Nishwabe Aski Nation.
Photo Credit: Reuters

Chief Theresa Spence has stepped down as leader of the Attawapiskat First Nation in northern Ontario.  She led the community of 1,800 since being elected on August 27th 2010.

A former deputy-chief for Attawapiskat, she is now running to be the Deputy Grand Chief of Nishnawbe Aski Nation.  Theresa Spence first came to national attention in the fall of 2011 when she put the spotlight on the appalling conditions in which many First Nation’s families were living.

But it was the international attention she garnered for a hunger-strike she undertook in December, while staying in a tee-pee on a small island in the Ottawa River, below Parliament Hill. She refused food for six weeks, until January 24, 2013, when Prime Minister Harper agreed to implement and modernize treaties.