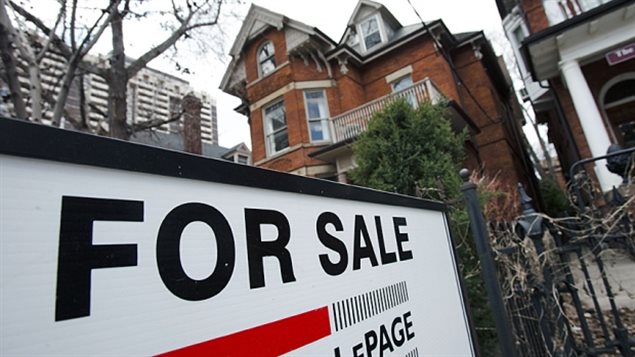 Toronto has one of the country’s hottest real-estate markets, but a new report says it is one of three cities facing a market correction.
Photo Credit: Mark Blinch/Reuters

A high risk housing prices to drop in three cities

There is a high risk of a correction in the housing market in three Canadian cities says the government agency, the Canada Mortgage and Housing Corporation. The list includes Canada’s largest city, Toronto, as well as the western cities of Regina and Winnipeg. It does not include Vancouver which is one of the priciest real estate markets in the country.

The Economist magazine published a recent analysis saying house prices in Canada are overvalued by 35 per cent.

Interest rates have been low in Canada and there is fear that if they go up, many homeowners will no longer be able to afford their mortgages. If that happens, many would have to sell and prices could drop, leaving people with net losses.