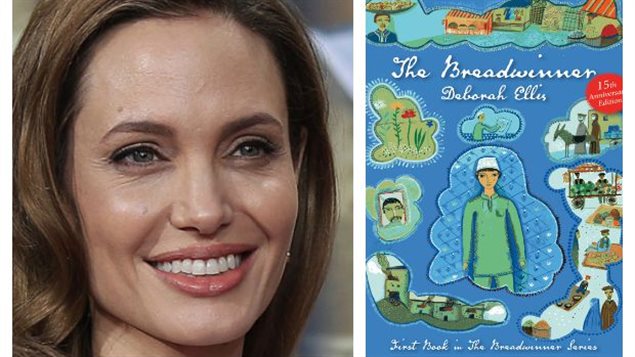 Published in 2000, The Breadwinner is the young-adult novel about an 11-year-old girl named Parvana, living in Kabul, Aghanistan.  As a girl, unable to earn money, Parvana disguises herself as a boy to support her family when her father is taken away by the Taliban.

“The Breadwinner reminds us how courageous and strong women are around the world.”

Last year, Nobel laureate and teenage activist Malala Yousafzai praised the book in The New York Times, saying “The Breadwinner reminds us how courageous and strong women are around the world.”

The Breadwinner will be directed by Irish film maker and animator Nora Twomey, who was nominated for an Oscar in 2010 for her animated feature film The Secret of Kells.

Jolie Pitt, will serve as executive producer through her production company, Jolie Pas Productions. She said of the project, “Millions of young girls like Parvana are growing up today under oppression or conflict, and helping their families to survive in those conditions. This story is a reminder of the immense value of their contribution.”

Jolie Pitt announced she will donate all profits she receives from executive-directing The Breadwinner to support the education of Afghan girls.

The film is currently casting and is set for release in 2017. Deborah Ellis has also written a play based on her book, The Breadwinner.