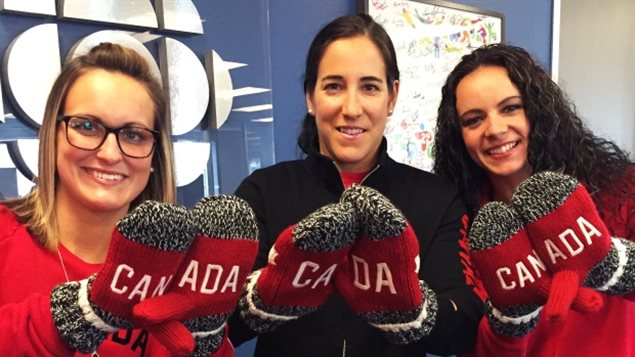 Three Canadian gold medallists have modelled this year’s Olympic mittens which will be sold to raise money to help Canadian athletes going to the games. The program was created just before the 2010 Vancouver Olympics and was a big hit after U.S. talk show host Oprah Winfrey featured them on her TV show.

Over the past seven years the mitten program has raised $28 million. This year they will sell for $12 a pair, with 30 per cent of the proceeds going to the Canadian Olympic Committee’s foundation.

“In Canada, I think we’re really fortunate as athletes to be supported by the amount that’s raised by the mittens and all the Canadian gear,” said Marie-Philippe Poulin, gold medallist in women’s hockey. The Canadian department store Hudson’s Bay sells the mittens and other Olympic wear in stores across the country.