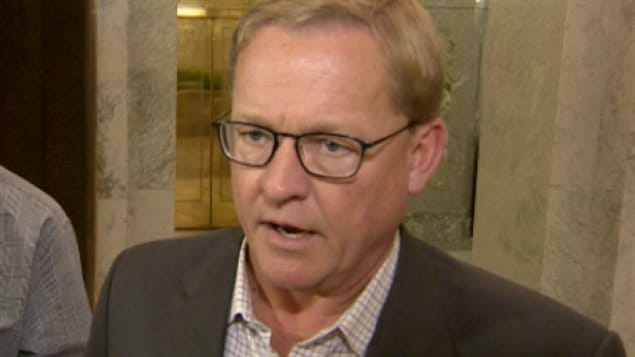 Alberta Education Minister David Eggen has the power to remove trustees on the Edmonton Catholic School Board but is waiting before he takes action.
Photo Credit: cbc.ca

School board warned on transgender rights

Alberta’s education minister has warned the Edmonton Catholic School Board to deal with transgender rights–or else.

But David Eggen is waiting before intervening in a contentious issue of what bathroom a seven-year-old transgender girl can use.

The student wants to use the girl’s washroom instead of a washroom designated as gender-neutral.

After a rancorous meeting on the matter Wednesday night, the school board deferred a decision until next month.

Eggen said he found the meeting “disturbing” and called some of the comments “entirely inappropriate.”

He said he expects trustees to work together to resolve the issue as soon as possible and said he will be monitoring the situation closely.

Eggen said the board is compelled by law to provide a safe, caring and secure environment for all students.

Eggen spoke to board chair Deb Engle on Wednesday. He said she assured him that an inclusive policy will be developed.