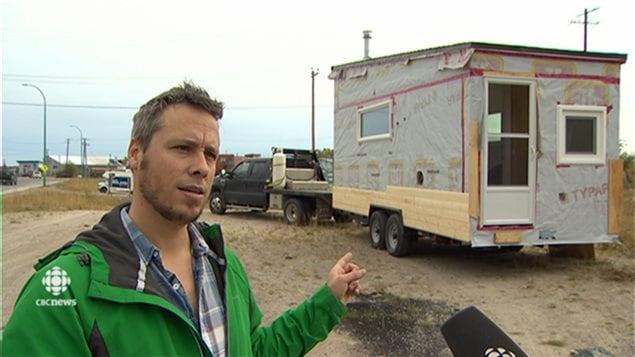 Eric Croteau will finish his tiny house before the winter, and may be one of the first residents in Yellowknife's new tiny house community.

Tiny houses are becoming more popular, especially in places where the cost of housing is soaring. Yellowknife, in the Northwest Territories is one such place.

Etienne Croteau built his tiny house for $90,000 Cdn, but where to put it became an issue. Residential lots are now over $100,000 Cdn. in the northern capital city.

Croteau approached the City Council with a proposal for a one year pilot project for a small community of the tiny houses many people have, and even more people are interested in having.

City Councillors were very receptive to the idea and they are now working out the details. If all goes well, a new neighbourhood could be established by Christmas.