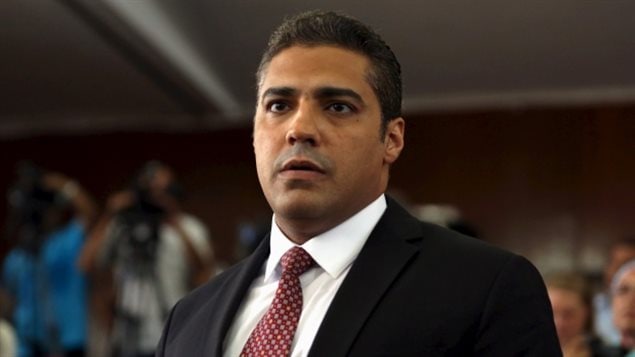 Canadian journalist Mohamed Fahmy was working for Al-Jazeera when he and two colleagues were arrested and sentenced for operating without a press license and broadcasting material harmful to Egypt.
Photo Credit: Asmaa Waguih/Reuters

Al-Jazeera journalist Mohamed Fahmy has been released from a Cairo prison as one of a hundred people pardoned by Egypt’s president. Fahmy was imprisoned on widely denounced terror charges and there have been widespread calls for his release.

Fellow journalist Baher Mohammed and dozens of human rights activists are also expected to be freed just as Egypt’s president is to travel to New York to attend the United Nations General Assembly.

Fahmy’s family tweeted its jubilation and his brother Adel told Associated Press Thank God, thank God.” His lawyer confirmed the pardon and said his client is a “professional and innocent journalist.”

Upon his return to Canada, Fahmy will take up the offer of a position teaching journalism at the University of British Columbia. He also is writing a book about his experience.