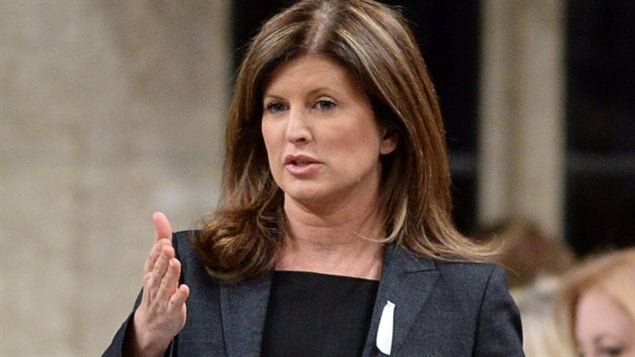 “I’m excited that we are going to be moving forward with a strong opposition with confidence and optimism,” Ambrose said following a lengthy caucus meeting Thursday.

Under Canada’s parliamentary tradition this means Ambrose will also become leader of the official opposition.

The interim position comes with an extra $80,100 in salary, a car and driver, and the official residence, Stornoway.

Ambrose, 46, who was first elected in 2004 and has several cabinet positions under her belt, was chosen following voting under a preferential ballot process. MPs decided earlier in the day that Conservative senators could take part in the vote.

She beat eight other interim leadership contenders. Conservative MPs and senators met behind closed doors Thursday for an election campaign post-mortem and to start the process of rebuilding the battered party.

The senators had lobbied to have some role in the selection of the interim leader. Under the Reform Act, a bill drafted by Conservative MP Michael Chong and passed last spring, the MPs could have voted to adopt a provision that only MPs vote for the interim leader.

It is expected that, as interim leader, Ambrose will not be eligible to run for the permanent job, but the rules around a leadership contest are not expected to come before January.

Earlier in the day, outgoing leader Stephen Harper addressed the caucus in a speech that was “well received,” according to sources cited by CBC News.

He took responsibility for the party’s electoral defeat, and listened to others voice their thoughts on the campaign — both good and bad.