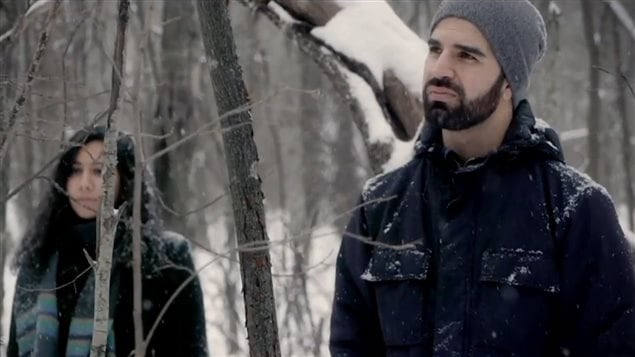 In the film “Letter to a Terrorist” anguished Muslim Canadians ask ‘what fuels your madness?’”
Photo Credit: Courtesy Nilufer Rahman

In a short film, young Muslims in western Canada express the anguish of being repeatedly asked about terrorist acts committed in the name of a religion they experience as peaceful. Muslim herself, independent filmmaker Nilufer Rahman was prompted to create the three-minute video after the terrorist attacks in Paris and other events involving extremists who say they act in the name of Islam.

“There is a lot of pressure for…moderate or mainstream Muslims to explain or speak up or condemn attacks…terrorism,” says Rahman. It is a burden people find troubling and exhausting. She points out that Muslims greet each other with the saying “peace be with you” and she and the people she knows can’t reconcile their experience of the faith with the terrorism committed in its name.

Called Letter to a Terrorist, the film asks “Who are you? So much cruelty and destruction, so much blood. What fuels your madness? Who are you? I don’t know you. Yet they keep asking me, ‘who are they, why are they killing, what do they want?’

“Letter to a Terrorist” by Nilufer Rahman

It ‘has nothing to do with me’

“I tell them ‘I don’t know.’ What they do has nothing to do with me, with my religion, with my family, my friends, my faith.”

The film was shot in Winnipeg in a snowy forest and uses English and French, Canada’s two official languages. It is posted on Snow Angel Films’ Facebook page as well as on YouTube and Vimeo. Rahman hopes it will help those who are deeply troubled by the terrorist attacks.

Creator hopes film is a source of comfort

“I hope the film will be a source of comfort for people, that it will be an opportunity for them to connect to each other emotionally and to help us all heal a little bit.

“I think that what’s happening in the world is very traumatic. I think we all die a little bit inside when we see people around us being killed and suffering.”

There are more than one million people of the Muslim faith in Canada, according to statistics from 2011. They make up 3.2 per cent of the population.