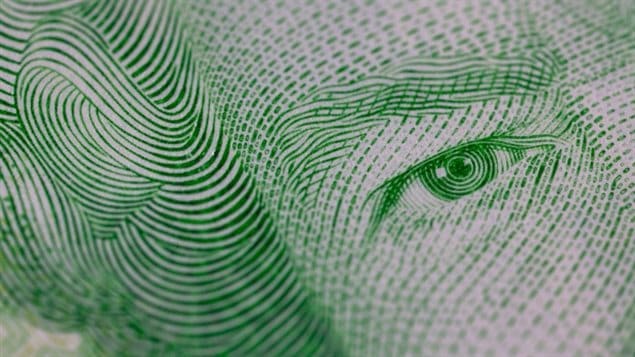 The Canadian dollar dipped to a 12-year low on Wednesday morning, pushed below 71 cents U.S. by low oil prices and interest rate differences with the Federal Reserve.

(click to listen to the interview with Douglas Porter, chief economist and managing director at BMO Financial Group)

There are at least two other cross currents at play as well, said Porter.

And the third thing to keep in mind is that this not just a Canadian dollar story, Porter said, many other currencies are weakening against the U.S. dollar.

At the same time, the benefits of the lower loonie for Canada’s manufacturing and service sectors have been very slow in coming, Porter said.

There are some indications that Canadian exports from non-resource sectors are starting to pick up and more American tourists are beginning to arrive in Canada, he said.

“But the lower Canadian dollar hasn’t delivered the oomph for the drive it may have produced in decades gone by,” Porter said. “I think part of that is just due to the fact that Canada has lost a lot industrial capacity in the last ten years.”

Craig Wright, chief economist at RBC, said one of the problems for an export oriented country like Canada is that global trade hasn’t really recovered from the 2008 financial crisis.

(click to listen to the interview with Craig Wright, chief economist at RBC)

“I think we’re also seeing a number of special factors holding back Canadian exports,” Wright said. “Sluggish growth in the early part of 2015, in the U.S. we had some auto shutdowns, we had some energy disruptions and that kind of weighed on 2015 exports.”

Still Porter and Wright said they believe the weak currency will eventually reap bigger benefits for the Canadian manufacturing, tech and tourism sectors.

“But it is going to take some time,” said Porter. “It’s not like a light switch, it doesn’t happen overnight.”

In the meantime, he would not be surprised if the Canadian dollar weakens even further until oil and other commodity prices stabilize, Porter said.

He doesn’t rule out the possibility of the Canadian dollar dipping to the 69 cents mark in the near term until it returns to about 75 cents by the end of 2016, Wright said.

Especially since in the short term the situation with oil prices is further complicated by the politics of oil, he said.

“The old adage is ‘the best cure or low oil prices is low oil prices,’ because supply gets cut back and demand starts to improve,” Wright said. “But this time I think it’s more about the politics of oil prices. We’re seeing a sort of game change in the thinking of Saudi Arabia and OPEC in general and that’s contributing to the ongoing weakness.”

And the situation with the oversupply of oil could get more serious as Iran enters the market this year while North American producers keep pumping more oil.

“They seem to be moving a lot quicker than anyone suspected,” Wright said.

In the meantime, Wright said he will be waiting to see whether Bank of Canada Governor Stephen Poloz signals another interest rate cut on Thursday and the employment numbers released by Statistics Canada later this week.

“Employment has been one of the pleasant surprises for Canada and that’s providing some stability notwithstanding some weakness we see in day-to-day employment, on the monthly basis still creating 12,000 jobs,” Wright said.