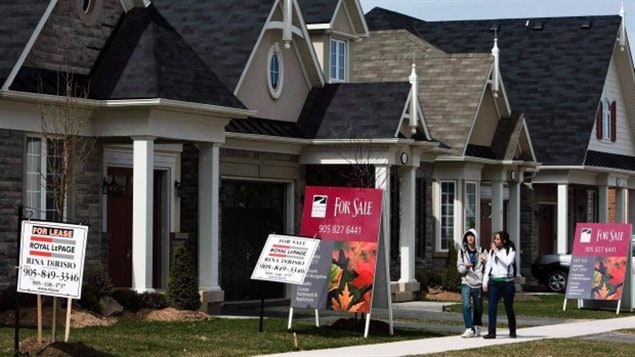 Can you afford “shelter” in Canada?

Potential Canadian home buyers have been facing soaring house prices across the country, most especially in the major cities. Apartment rents have also been rising dramatically.

While the costs for “shelter” have been soaring, salaries have not, even as other prices have been also rising, such as food costs.

Ontario is Canada’s most populous province, and one which has the “hottest” housing and shelter market in the country, in and around the Toronto area of southern Ontario.
Recently the Residential Construction Council of Ontario, which represents building construction interests commissioned  the Canadian Centre for Economic Analysis (CANCEA) to look at people’s ability to afford shelter in Ontario

David Stiff (PhD) is a Director of CANCEA.

The firm has developed a new formula it calls the Shelter Consumption Affordabilty Ratio (SCAR). It shows that pressures against shelter affordability have risen in Ontario by over 13 percent in the past ten years, an all time high, while in the “hot” market around Toronto and Hamilton, it is expected (in a future study) to show that affordability of shelter is far more difficult still.

David Stiff says almost all current formulas used to calculate affordability tend to focus on housing only and not shelter, tend to focus on purchase cost and mortgage rates and risk factors only , and do not include most of the real variables in people’s lives. It is these variables that affect people’s ability to afford and choose whether they can afford to rent, or buy, and where that may be located in relation to such things as distance to work or schools, shopping etc.

The new SCAR index calculates “affordability of shelter” in a more comprehensive manner than almost all other formulas of this nature.

The CANCEA study shows also for example that shelter needs of lower and middle-income earners are having an even tougher time accessing  shelter by such things as investor activity and competition, in a process called “crowding out”.

It also means younger, middle- and low-income households are taking more financial risks in  their shelter needs and wants; risks that could easily exceed their ability to weather small shocks to either income or increased costs elsewhere.

The SCAR index takes into account factors such as rental costs, mortgage payments, property taxes, heating, maintenance, travel costs to and from work, and so on. It then looks at ability to pay after deducting such things as income tax, and necessities like clothing and food costs, medical expenses, and other costs.

Up to now, many economists, analysts, building industry advisors, and politicians have been relying on indices like that of the Bank of Canada and other similar indices when making forecasts and public policy decisions.

As the new SCAR index includes many “real world” factors left out of such other government and commercial indices, it is hoped it will provide a more accurate picture of actual affordability wherever it is applied, whether to national, provincial, regional, or local conditions.