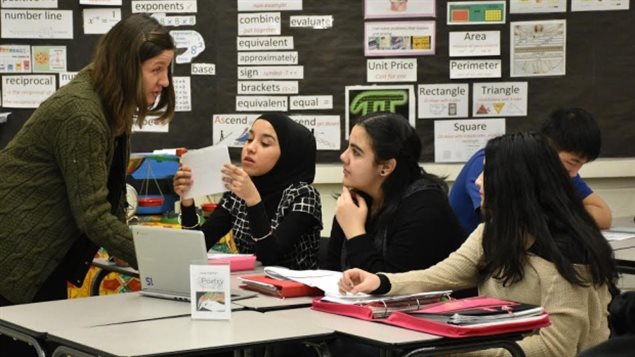 People who come to settle in Canada before the age of 15 and children born here of immigrant parents are more likely to get post-secondary education than are other Canadians, according to research. This is opposite to what occurs in many European countries.

Normally, parents’ higher education and higher incomes are predictors of who will get a higher education, but neither seems to matter among first and second-generation immigrants. Even if immigrant families are poor and parents don’t have much education, the children are more likely to continue their education past high school than are other Canadians.

‘It all comes down to…motivation’

“In a nutshell, I think it all comes down to…motivation,” says Ross Finnie, a professor and director of the Education Policy Research Initiative at the University of Ottawa. “These people come to this country…It’s a land of opportunity. It’s a second chance…they see education as being the key to the opportunities they’ll have in their lives here in Canada.”

Institutions designed for everyone, says researcher

The research doesn’t say why this is, but Finnie says some possible contributing factors are clear. First, education is egalitarian in Canada. Higher education may be a little more expensive than in some European countries but it still is accessible. He also cites a good attitude toward immigrants.

Immigrant pursuit of education seen as good for everyone

This, he notes, is good for the immigrant and good for all of Canadian society.