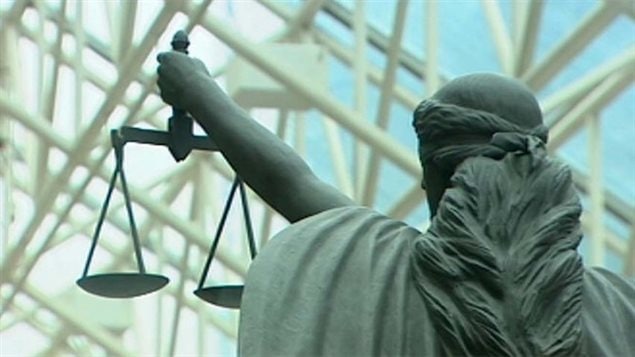 A 19-year legal battle has resulted in a precedent setting ruling in favour of taxpayers.
Photo Credit: Mike Laanela/CBC

19-year battle against tax agency. A win for the “little guy”

How many time have people wished they could win against the taxman?

Almost two decades ago, Irvin Leroux was a businessman in Prince George, in west coast British Columbia when he received an assessment notice saying he owed over 600,000 dollars in personal taxes, another 85,000 in goods and services tax (GST) along with interest and penalties.

Leroux said the Canada Revenue Agency was mistaken and wouldn’t pay. That set off a series of events which led to confiscation of his assets and the bitter multi-year battle.

Recently the British Columbia Superior Court made a precedent setting decision in the case.

The battle was a costly one, and in the past two the Canadian Taxpayers Federation (CTF) joined Mr Leroux in his battle. Aaron Wudrick is the federal director of the CTF.

Mr. Leroux was accused by the Canada Revenue Agency (CRA) of attempting to defraud the system and was subjected to very heavy penalties. Subsequent financial problems associated with the CRA rulings resulted in default on loans and seizure of property.

In initial steps against the CRA, he won the argument that the assessment was wrong, and the penalties were reduced. Still he continued his battle for compensation saying the CRA was negligent and responsible for his lost assets and high legal costs.

Along the way, somehow the CRA also shredded many of Mr Leroux’s original documents.

On Friday a three judge panel in the BC Court of Appeal upheld a 2014 Superior Court ruling that the compensation argument was not accepted but also upheld another ruling in the case, and one of much larger significance to all taxpayers.

In a precedent setting ruling, they agreed that the CRA had a “duty of care” towards taxpayers, and could be held liable for inappropriate actions.

Rather than appeal the decision further to a higher court in his compensation battle Mr Leroux and the CRA agreed to settle at this stage wtih Mr Leroux paying ten dollars ($10) towards the CRA legal fees.

“They’ll bury you, they’ll eat you alive” I Leroux

Mr Leroux, quoted by Global news, said of his battle, “You can go through the system, but they’ll bury you, they’ll eat you alive. The average taxpayer does not have the funds to fight”.

While a bittersweet victory for Mr Leroux as he is still without compensation, many are hailing the decision as a landmark in holding the CRA accountable for its actions. The ruling indicates that the tax agency cannot intimidate and threaten taxpayers to any extent it wants, and that it should ensure that it is in the right in its decisions before initiating actions against taxpayers.

In a CTF press release, Alison Gray, a partner with Bennett Jones wrote at the time: “for Canadian taxpayers, Leroux is a winning decision, as it reinforces the CRA’s accountability in issuing assessments, auditing and imposing penalties … the Leroux decision provides an additional check on what can and cannot be done by employees of the CRA in the course of their duties.”