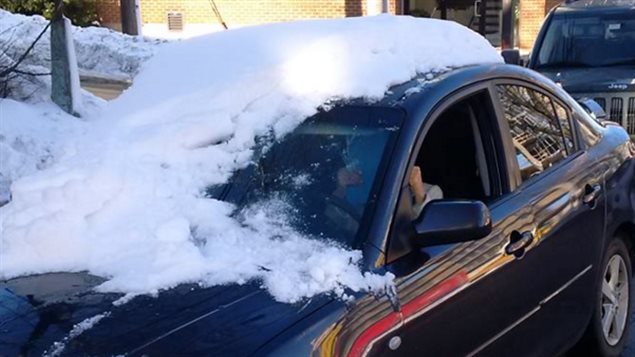 This is not how to clear snow off your car. In fact, driving this way is illegal in most of Canada.
Photo Credit: Facebook/Halifax Regional Police

Driver gets traffic ticket for not cleaning car

Police posted a photo of the car on Facebook with the following comment: “Hard to find words for this one. The driver was on the way to the car wash to melt the snow…Needless to say, they received $180 ticket.”

During winter, snow falls in most parts of Canada and drivers routinely leave a little early to clear it off their vehicles. One does occasionally see cases where drivers do a less than optimal job. Not only can a poor job hamper a driver’s ability to see out of their own windshield, but snow can blow off of their vehicle and be annoying to other drivers.