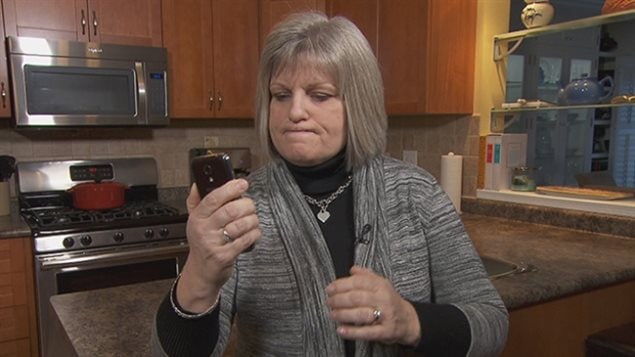 Nancy Hebert is one of many frustrated cellphone users who initially was unable to get satisfaction from her provider.
Photo Credit: CBC

Frustration with mobile companies is so high in Canada that businesses have sprung up to help people deal with them, and the public broadcaster, CBC, has produced a program about it. Canadian cellphone fees are among the highest in the world and people may spend a good deal of time on the phone trying to negotiate lower fees or to solve service problems. Mobile service is dominated by three large companies in Canada. Attempts have been made to ease the way for smaller competitors to enter the market, but no alternatives have really taken off.

Professionals offer advice or make the call to providers themselves

CBC interviewed frustrated cellphone customers and Mohammed Halabi who has made a business of helping consumers and businesses get better contracts with their providers. Halabi offers tips on when to call the telecom, the tone to use, who to speak with and how to handle the call.

Using these techniques, one of the customers was able to almost halve her monthly bill.

This story will be broadcast on CBC’s television program called Marketplace at 8pm tonight, and, at the same time, the broadcaster will host a live chat on the internet.