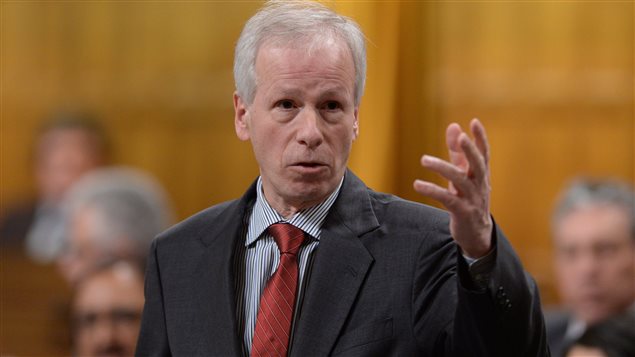 Minister of Foreign Affairs Stephane Dion responds to a question during question period in the House of Commons on Parliament Hill in Ottawa on Friday, Feb. 5, 2016.
Photo Credit: PC / Sean Kilpatrick

Ottawa to seek clemency for all Canadians facing execution

In a statement issued after Dion’s meeting with Zeid Ra’ad Al Hussein, United Nations High Commissioner for Human Rights, the government said this change in policy is rooted in Canada’s “opposition to the death penalty as well as its commitment to providing the highest standard of consular assistance.”

The Liberal government is ending the selective approach to seeking clemency followed by the previous Conservative government since 2007, Dion said in a joint statement with Jody Wilson-Raybould, Minister of Justice and Attorney General of Canada.

It is unclear how the change in policy will affect the cases of two Canadians facing execution in the United States.

Ronald Smith, 57, was convicted in 1983 for shooting Harvey Madman Jr. and Thomas Running Rabbit while he was high on drugs and alcohol near East Glacier, Montana.

In 2007, Dion along with the late leader of the New Democratic Party Jack Layton wrote a letter to the governor of Montana asking for clemency for Smith, after the Conservative government of then Prime Minister Stephen Harper ended diplomatic efforts to secure his clemency.

““I am not asking for you to pardon Mr. Smith, nor do I question the validity of his conviction. I ask only that you commute Mr. Smith’s sentence,” Dion wrote in his letter to then-Montana governor Brian Schweitzer.

The second Canadian on death row in the U.S. is Robert Bolden. The 52-year-old native of Newfoundland man is facing execution in Indiana for the 2002 killing of security guard Nathan Ley during a botched bank robbery in St. Louis.

Dion also announced that Canada will commit $15 million over the next three years in new core funding to help the Office of the United Nations High Commissioner for Human Rights to deliver on its mandate to help populations whose human rights are at risk of being violated or abused.

In addition, development projects funded by Canada will also ensure the promotion and protection of the human rights of populations in need, the government said.

“Canada is fully committed to supporting the United Nations human rights system and harnessing its great potential,” said Dion in a statement. “Simply put, we cannot have the peace, stability and prosperity we seek if human rights are not respected. There is still much to be improved in the field of human rights—at home and abroad—and Canada will be there in a meaningful way to promote positive change.”

Dion will also travel to Geneva, Switzerland, on February 29 to address the UN’s Human Rights Council.